What do you think of the medical marijuana proposals at the Capitol? 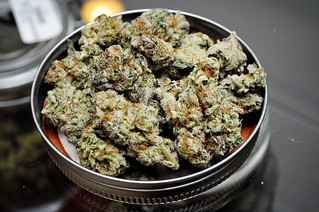 “Negotiations are expected to begin this week between the Minnesota House and Senate on a compromise bill to legalize the limited use of some forms of medical marijuana,” writes MPR News reporter Tim Pugmire.

Although bills passed by both House and the Senate would grant Minnesota patients suffering from pain or discomfort to use the drug in pill or liquid form and prohibit smoking, the Senate version would allow patients to vaporize the drug in plant form.

Gov. Mark Dayton has made it clear that he favors the more restrictive version passed by the House last week, and shortly after that bill passed on Friday, he sent a letter to lawmakers. The governor wrote that he would be willing to sign the House version into law if it landed on his desk.

Today’s Question: What do you think of the medical marijuana proposals at the Capitol?