Do you support a ban on triclosan? 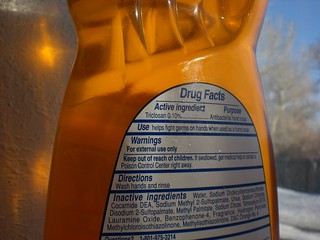 Both the House and Senate have voted to phase out the chemical in consumer hand soap and body wash by 2017. The bill needs a final vote in the House before being sent to Gov. Mark Dayton, who is expected to sign it.

Environmental groups including Friends of the Mississippi River had pushed to ban triclosan sooner, but water program director Trevor Russell said the action is already leading manufacturers to change their products. Companies like Proctor and Gamble and GlaxoSmithKline are among those phasing out triclosan.

Today’s Question: Do you support a ban on triclosan?